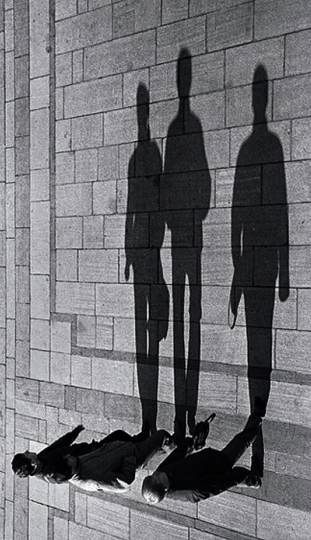 Yesterday I met a man.

Only, he wasn’t a whole man.

He was the shadow of a man.

He was young, but hunched already, as though a lifetime of kicks to the balls had left him doubting every footstep.

As he corralled his children, there was a frustration and a helplessness in his voice.

I know little about him. What I do know, however, is that if just one person believed in him, he might walk a little taller. If, at some point in his entire life’s journey, someone gave him the benefit of the doubt, what kind of man would he be?

Better yet, what kind of man could he be if he knew his Father’s thoughts of him? Not his earthly father-the one who abused and abandoned him. His REAL Father, the one who created him. I hold out hope for him, but the hope is faint: he does not know his Father’s voice. He has been wronged by the Church, and it is hard to see him wanting to have anything to do with it.

Shadows are flat. They are one-dimensional. Their only essence is on the surface.

They are the gray reaction.

What about you? Are you living as a shadow of the man you were created to be?

You know about your Father, but do you KNOW Him as your Father? Do you know His voice in your heart? How big is the gap between who you are today and who you were destined to be? Your Father is the one who can close that gap, and take you from living as a shadow of His design to living in technicolor 3D.

How badly do you want it?